T is for Trees

Some days Trees look so grand

I meant to post this on Saturday but something or the other came up. Most days we take the scenery for granted. After all we see the same things day after day and a tree is just a tree.

And then on some days, everything looks different and you start to notice the beauty in all things.

It was on a day last week when the trees looked so grand and out came my mobile. 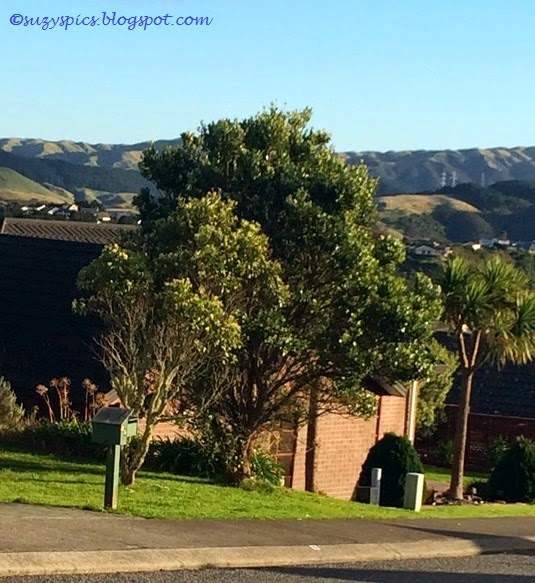 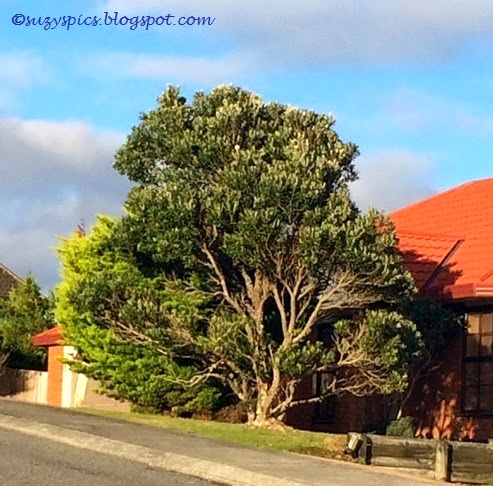 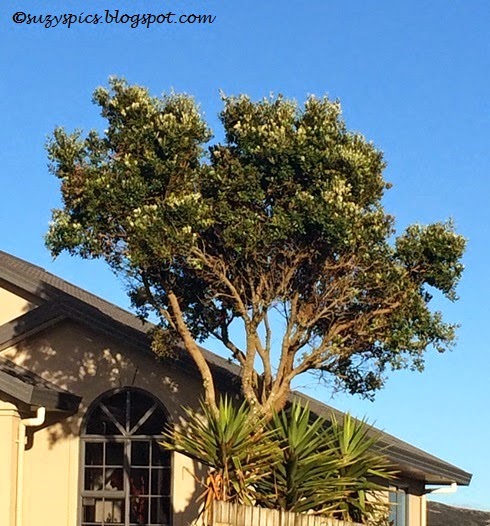 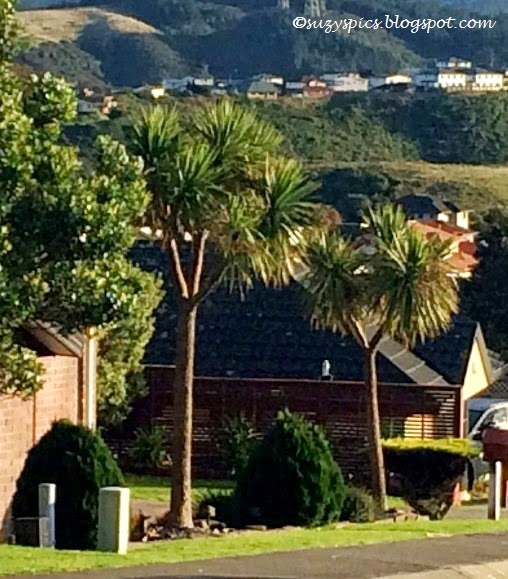 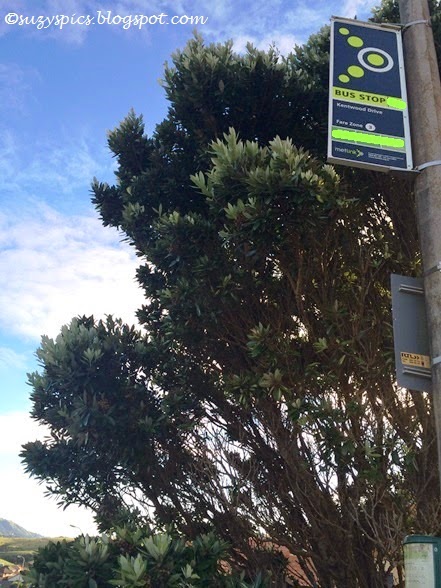 S is for Saxophone

There's always something interesting happening at the market. And the buskers are great fun to watch. Music to shop by. So here's a young busker playing the saxophone. 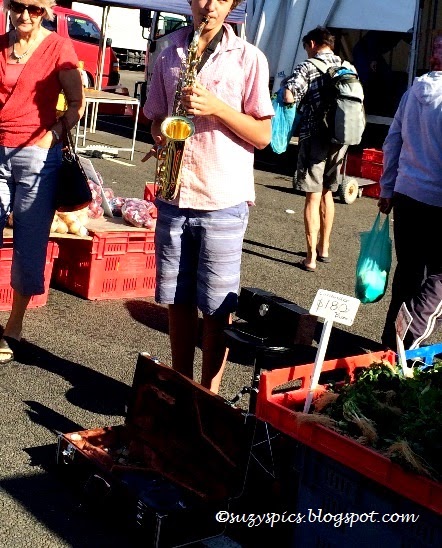 I love roses. My dad loved them too. If I recall correctly white roses were his favourite. So I place this vase with white roses in front of his picture. 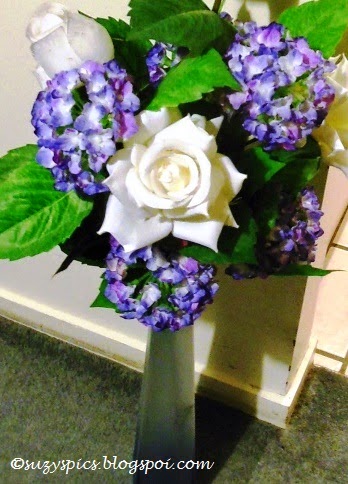 A story about roses and my dad. The tradition in my family after death is to place a picture of the departed soul and  light a lamp for 12 days as the belief is that the soul takes 12 days to prepare for its journey back to its home. The soul usually leaves on the 13th day. This is a belief and I of course cannot vouch that this is true or not.

My mother had asked me not to light the lamp on the 13th day so that my dad could leave in peace but my heart would not let go of him and so I tried to light the lamp. But each time I lit the flame, it would go out immediately. I had also placed a bunch of roses near his picture and they were fresh from the day before. Suddenly all the petals of the roses disintegrated into a heap on the floor near where I was kneeling. I believe my dad was asking me to let him go. And so I did.

Roses always remind me of my dad.

It's been an interesting two weeks


Sometimes, there are just so many things occurring that the camera click keeps going. And as I haven't posted for two weeks now, I'll be including some interesting pictures I took over the last two weeks.

I think one of my favourite pictures is of the Temple in the sky taken from my lounge. I was amazed at how much it resembled the Dwarkadheesh Temple in Gujarat dedicated to Lord Krishna. 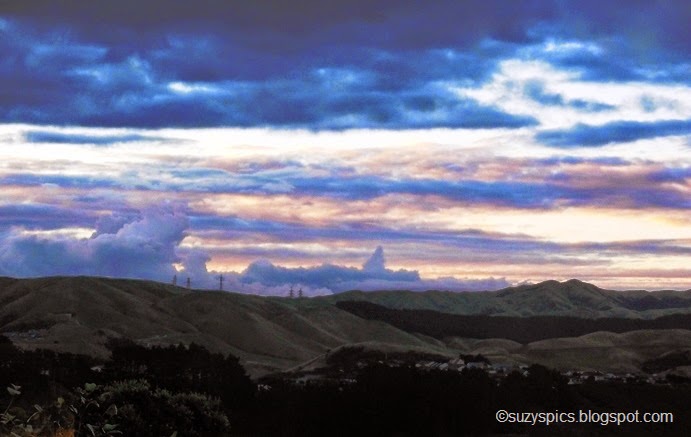 Rainbows are so magical. They always leave me feeling happy. I think of them as blessings from Heaven. This one appeared on Monday as I left for home from work. Just about everyone stopped to take a picture. Thank goodness for phones that now have good cameras. 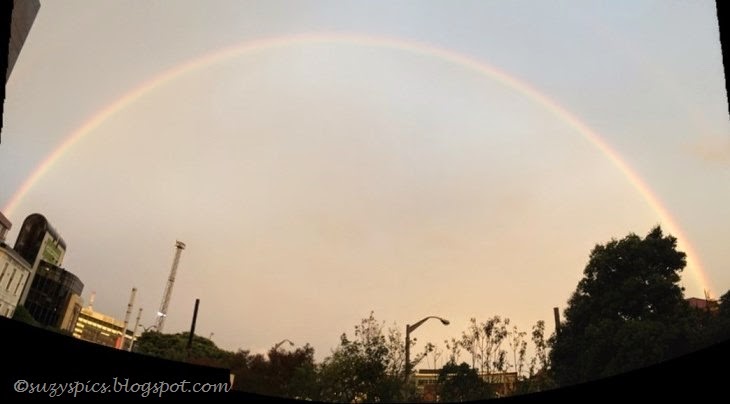 Usually I can only see the river through the railings but last weekend my friend's land rover gave me quite a different view. And luckily there was a bit of traffic and we stopped plumb in front of it. So of course out came my phone and here is the picture I took. 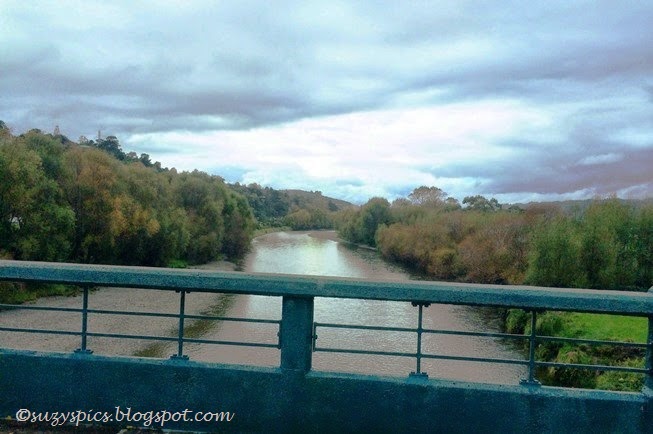 The Farmer's Market is such an interesting place. There's always something that jumps out at us. Last Saturday we were greeted by this scene. It looked so cute surveying the scene that I had to stop and take a picture.

And then we had a Samoan band and dance troupe entertaining the crowds.

But I liked the drum the best. 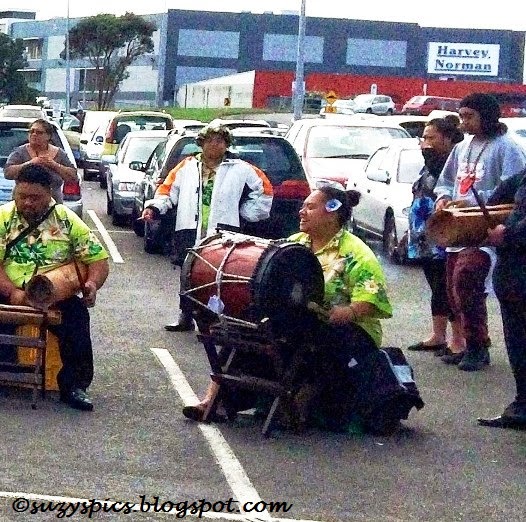