The Pantheon is a temple to all the Gods of Ancient Rome. It was commissioned by Marcus Agrippa and rebuilt by Emperor Hadrian in about 126AD

The Pantheon was the first round temple ever built and is the oldest standing domed structure in the world.

The distance from the floor to the top of the dome is equal to it's diameter so it is perfectly symmetrical.

The Pantheon is located in Rome's Piazza della Rotunda. 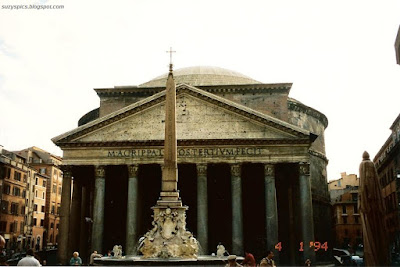 The Fountain with Obelisk in front of the Pantheon 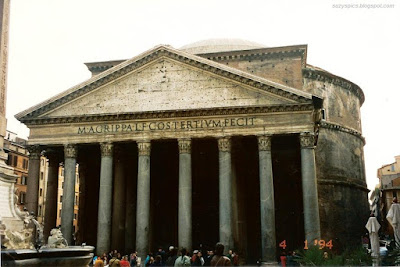