The Roman Emperors built many triumphal arches to commemorate victorious generals or events.

Here are two of them.

The Arch of Constantine is situated close to the Colosseum. It was built to commemorate Constantine's victory of Mazentius at the Battle of Milvian Bridge in 312AD. 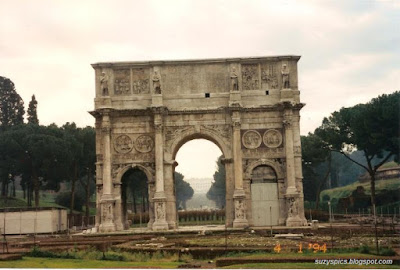 This is the Arch of Titus situated near the Roman Forum.  It was built in 82AD by Domitian after the death of his older brother Titus to commemorate Titus' victories including the Siege of Jerusalem in 70AD. 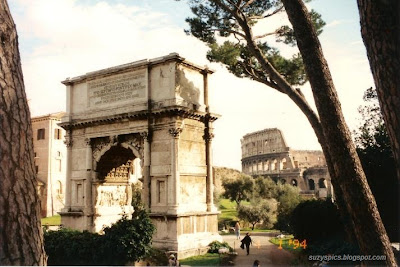