I love the Indian miniature paintings particularly the Mughal and Rajput styles.

Here are some of the paintings I have. (Of course these are imitations). I had to take these from different angles to prevent reflections from windows. 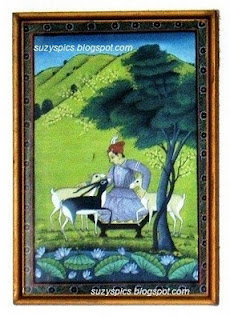 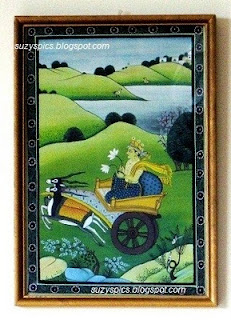 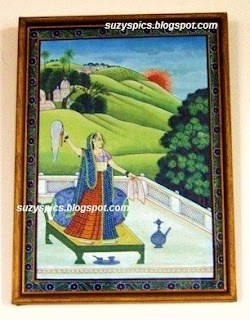 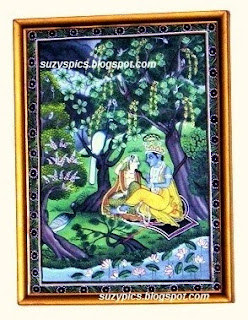 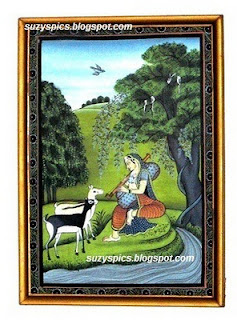 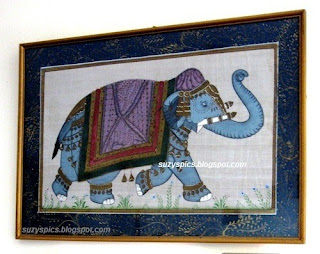 
Mughal painting is a particular style of Indian painting, generally confined to illustrations on the book and done in miniatures, and which emerged, developed and took shape during the period of the Mughal Empire (16th -19th centuries).
Mughal paintings were a unique blend of Indian, Persian and Islamic styles. Because the Mughal kings wanted visual records of their deeds as hunters and conquerors, their artists accompanied them on military expeditions or missions of state, or recorded their prowess as animal slayers, or depicted them in the great dynastic ceremonies of marriages.


Rajput painting, a style of Indian painting, evolved and flourished, during the 18th century, in the royal cours of Rajputana, India. Rajput paintings depict a number of themes, events of epics like the Ramayana and the Mahabharata, Krishna's life, beautiful landscapes, and humans.