I love Wellington. It is such a beautiful city, not too big, great for art and culture, lots of cafes and surrounded by hills. The hills always uplift and inspire me.

On my brother's first visit to NZ, he sent a postcard back to his family with the words ... "Greetings from Wellington, where the scenery is just spectacular".
So here I am, showcasing my beautiful city.
Some interesting facts about Wellington:
*  Capital City of New Zealand, known as the Harbour Capital
*  World's southernmost capital city

*  Named after Arthur Wellesley, the first Duke of Wellington, and victor
in the Battle of Waterloo
*  Has 3 Maori names -
-  Te Whanga-nui-a-Tara  -  The Great Harbour of Tara
-  Poneke - transliteration of Port Nick short for Port Nicholson,
the former name for Wellington Harbour
-  Te Upoko-o-te-Ika - a traditional name for the southern most part
of the North Island
*  Named 4th top city in the world to visit in 2011 by the Lonely Planet -
the coolest little Capital in the world.

So here are some pics taken a few years ago.
Here is a panoramic view of Wellington taken from the Botanical Gardens. I had to stitch 4 pics together to create this panorama.
(click on pics to enlarge).

The tall building on the right is the Majestic Centre. It is the tallest building in Wellington. 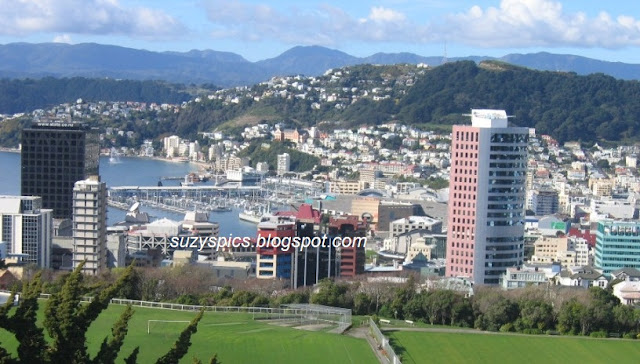 a closer view of the Majestic Centre (on the right) and the State Insurance Building (on the left). Mt Victoria in the background. (Mt Vic deserves a post on it's own so will showcase Mt Vic tomorrow). 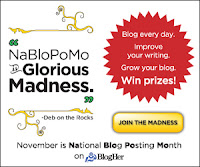